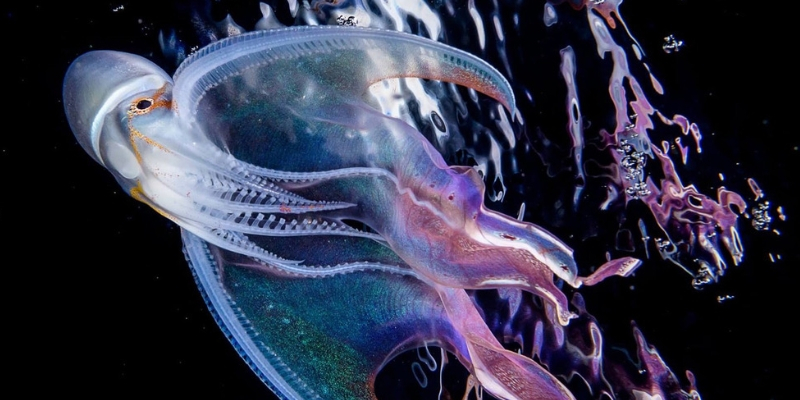 In a short clip captured during a blackwater night dive in the Lembeh Strait, a blanket octopus unfolds and displays a colorful web multiple times her original size. The aquatic animal’s iridescent body and tentacles glow against the nighttime water before she releases her translucent blanket that connects her dorsal and dorsolateral arms. Only adult females are equipped with the lengthy membrane that reaches as long as six feet and dwarfs male octopi, which are less than an inch in size and most often die immediately after mating. Generally, the females only unfurl their color-changing blankets to appear larger and more intimidating to potential predators. Shared by NAD Lembeh Resort, the underwater video was taken on a RED Gemini with a 50 millimeter Zeiss Macro lens. You might also want to check out this footage of a blanket octopus in waters near the Philippines. (via The Kids Should See This)